On 16 March 2016 stations 54/56, 52 and Delco 41 were dispatched to Westtown Twp. for a report of smoke showing from a dwelling.  Capt 54 went on scene with fire through the roof.  Due to the initial fire volume and remote water supply, a 2nd alarm was requested.  E54-1 made an initial attack with a 1.75" hand line.  E52-2 picked-up the hydrant and established a water supply w/ assistance from DELCO E46.  Once the water supply was established, a knock-down was made by LAD56's master stream, followed by an interior attack using two 1.75" lines (crews from E54-1, & DELCO companies 41 & 46).  A third 1.75" line was stretched by E54-2's crew to extinguish fire in the garage area.  A fourth & fifth 1.75" line were stretched to the rear of the structure by crews from WCFD & DELCO companies 46 & 59 to protect fire from spreading from the front portion of the structure (former vet clinic) to the residence attached to the rear.  Personnel from E3-1 and DELCO company 71 assisted with overhaul operations.  PECO controlled utilities.  Fire was placed under control and County and PSP Fire Marshal's handled the investigation.  Once the investigation was complete, crews used CAFS to coat remaining hot spots before taking up. 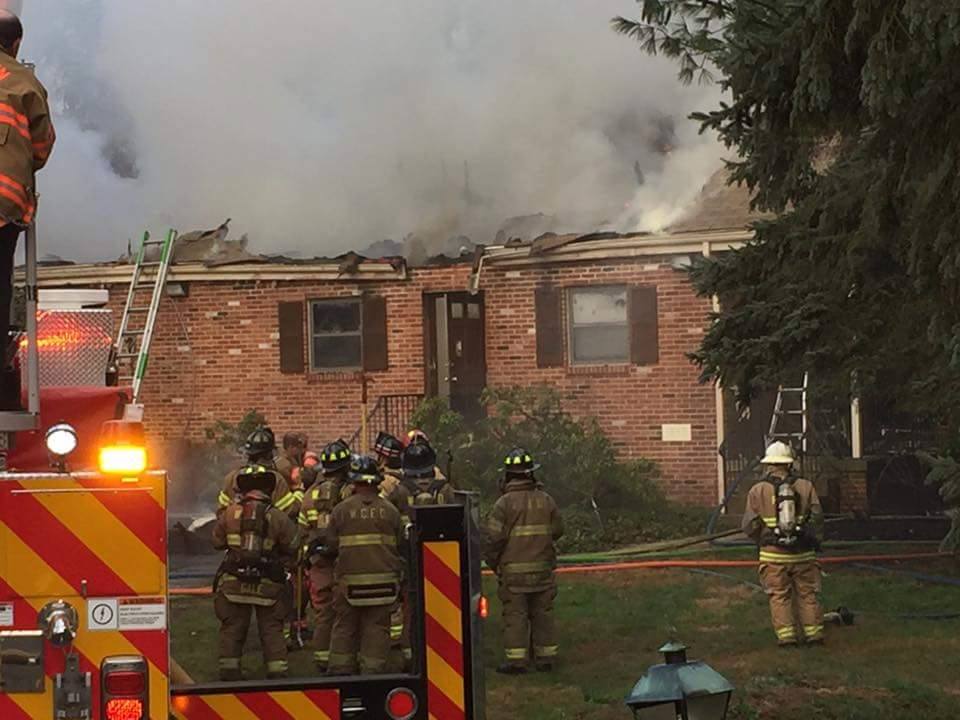 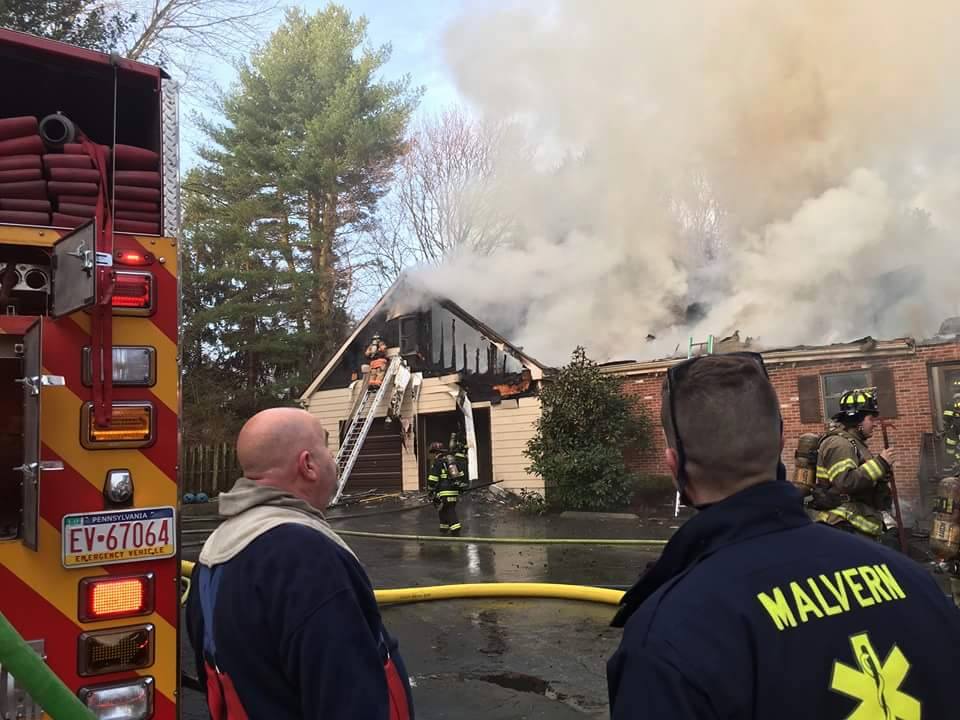 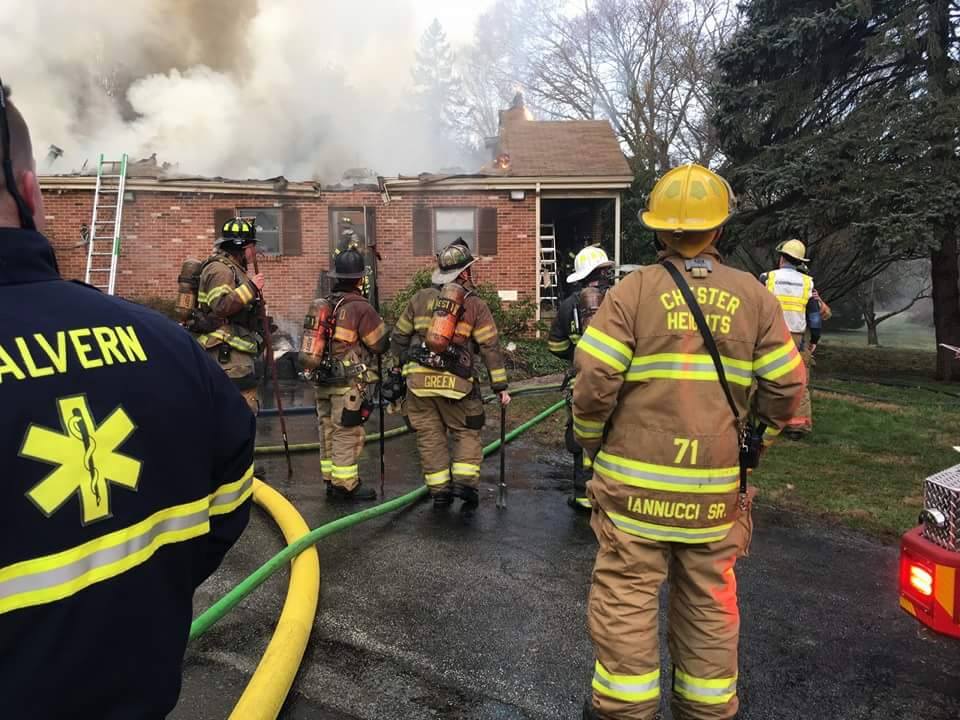 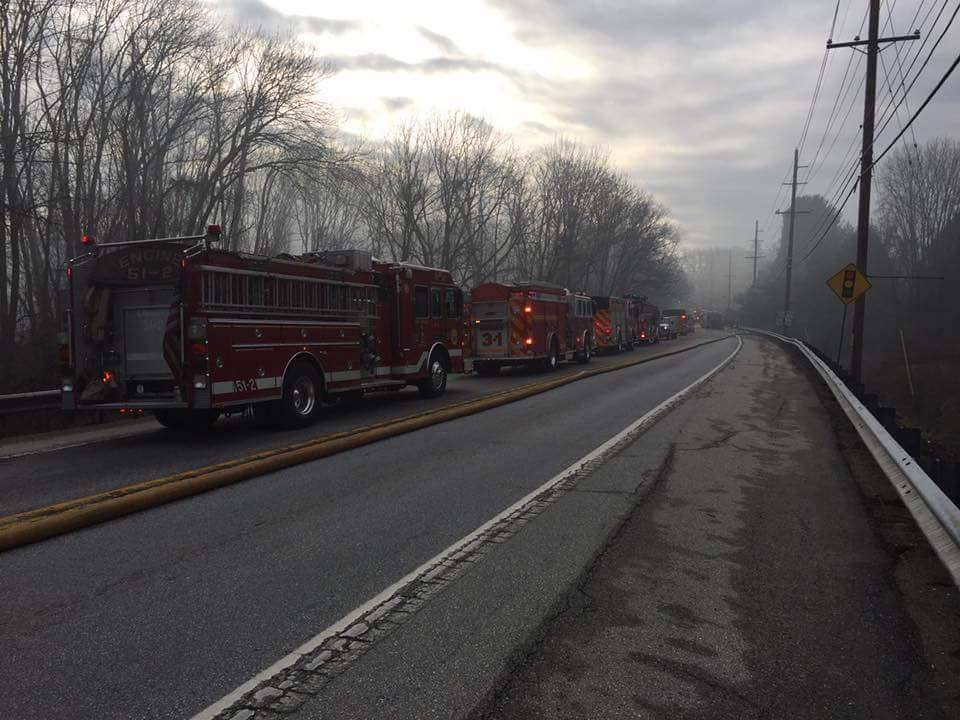 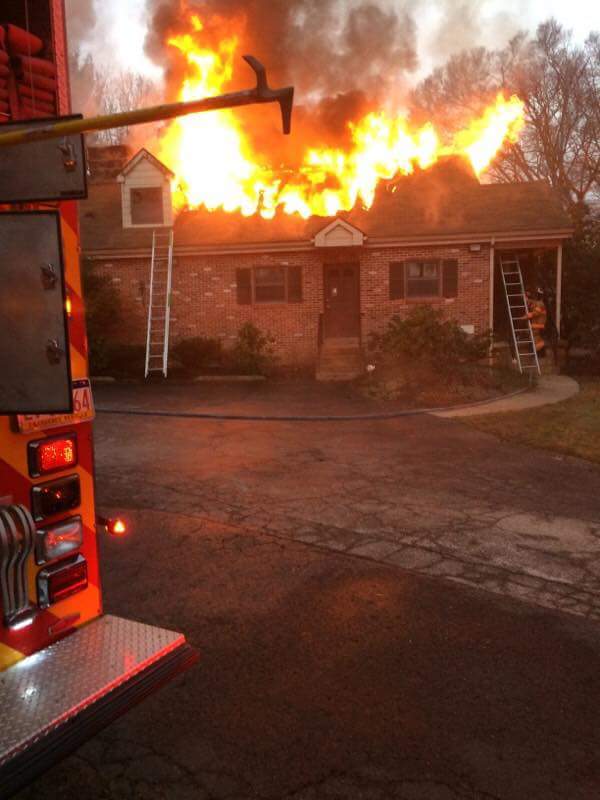 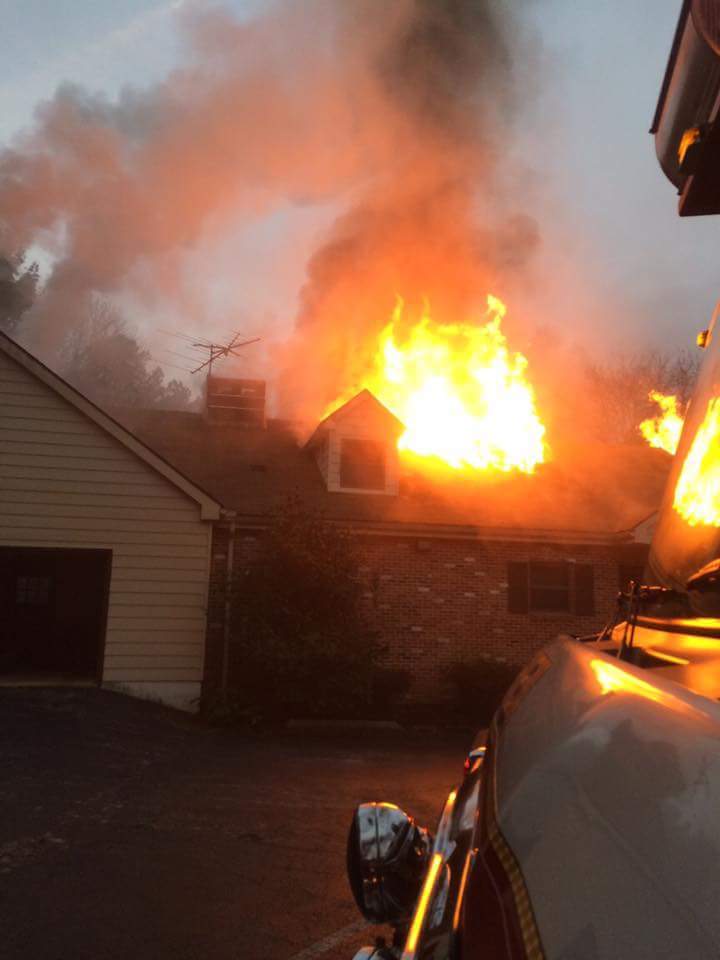