On 23 March 2016 at approx 1447 hours stations 54 and 56 with medic 91 were dispatched to Route 926 in the area of Penns Grant Lane for an accident with entrapment. Upon arrival of AMB542 crews met with Delco 59 (Concordville) and Delco 64 (Edgemont) who were already on the scene. Rescue 54 assisted Delco 59 and Delco 64 with a significant entrapment call. The driver of the automobile was trapped for about 30 minutes. Crews also worked to contain a fuel spill of about 50 to 75 gallons of a combination of diesel fuel and hydraulic oil that leaked from a box truck. PennDot was contacted for sand and the Chester County Haz Mat team 15 also assisted. This was a large scene as the truck that was leaking fuel was about 100 feet away from the automobile where the driver was trapped. While crews worked to free the trapped victim as additional members contained the leak and stopped the leak from getting into a near by storm drain. The road was closed for closed for about 2 hours until clean up was completed. Great job to all units involved. 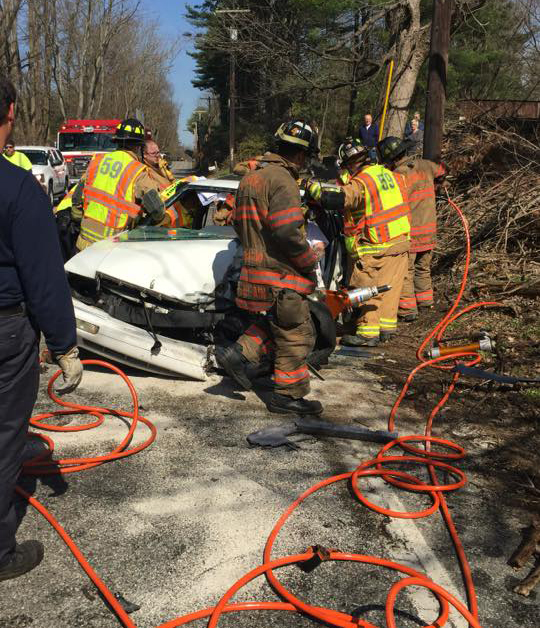 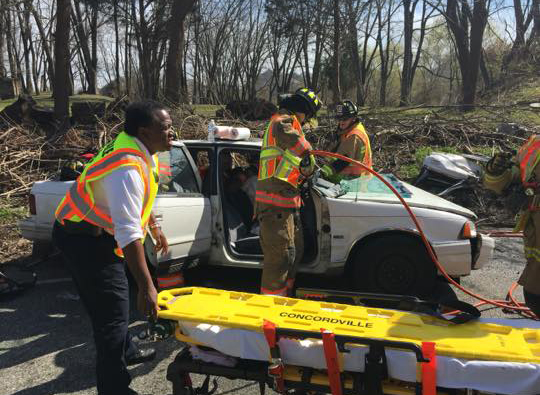 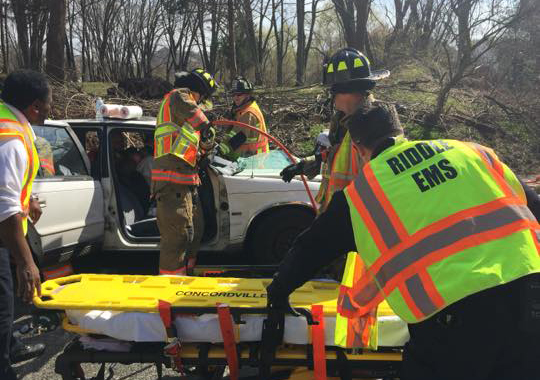 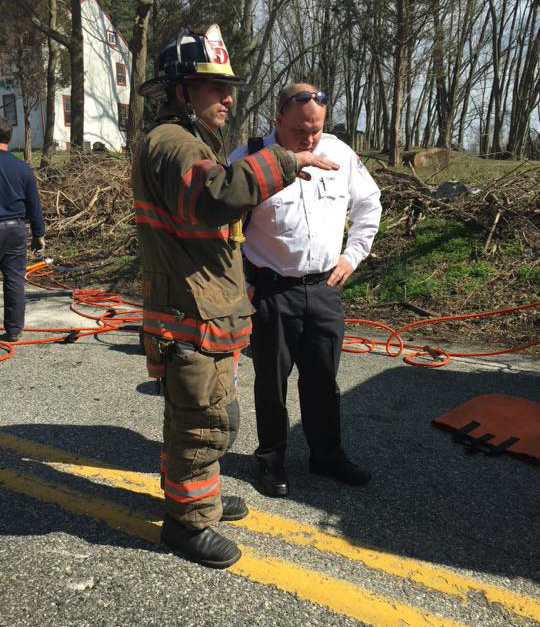